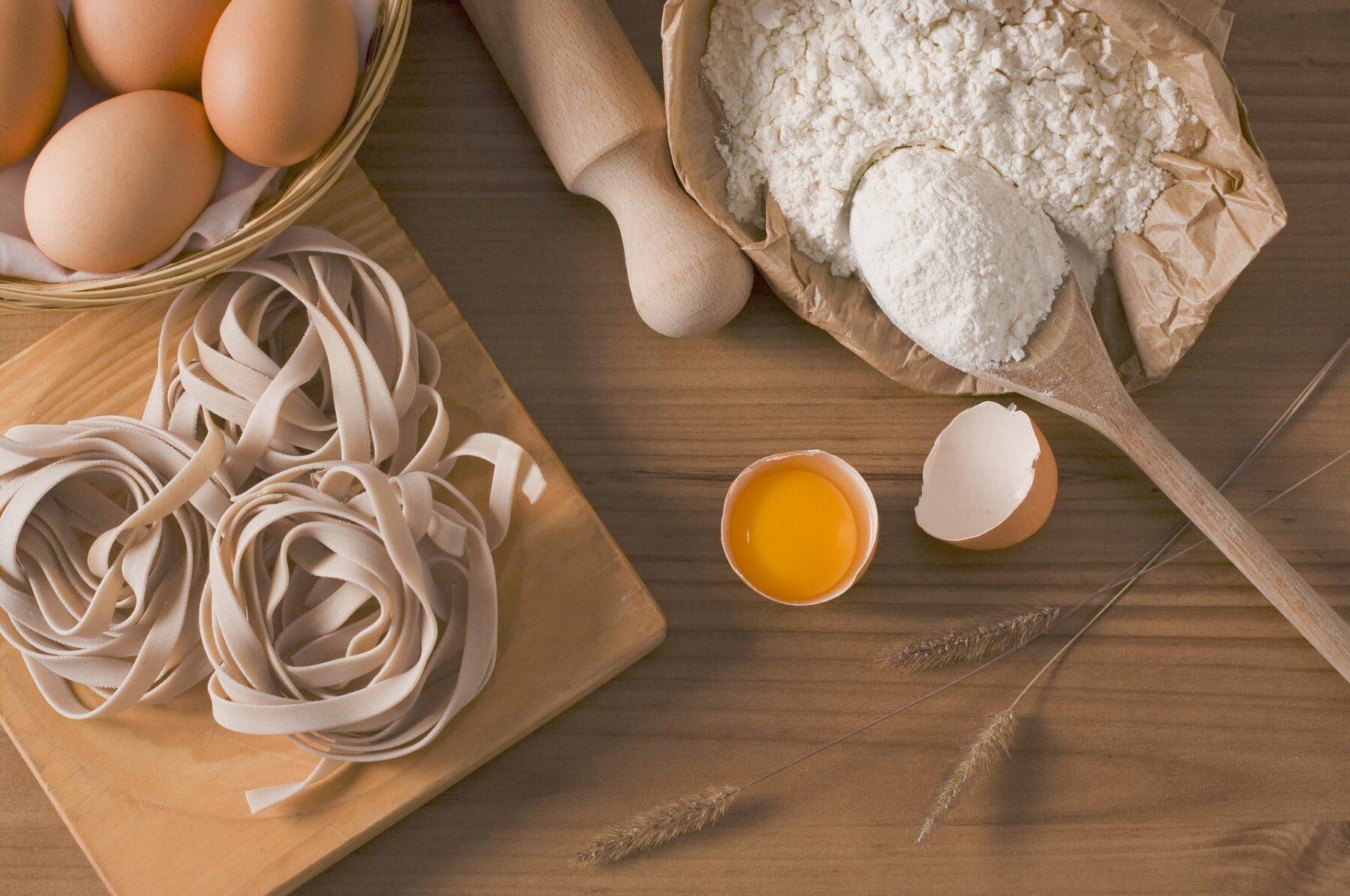 Turkish President Recip Tayyep Erdogan’s phone call with his Russian counterpart Vladimir Putin on Sunday 6 March 2022 indicated that Turkey is continuing to walk a fine line, encouraging Russia to end the war but refusing to join NATO allies pressuring Russia to do so with sanctions. The stakes of this high-wire act are even more precipitous than they may at first seem. By seeking to maintain good relations both with its Western allies and with Russia, Turkey may find itself catalyzing the expansion and entrenchment of a parallel global economy of sanctioned states and their enablers.

As the country that can effectively control access to the Black Sea, Turkey is a critical player in both the fallout from Russia’s invasion of Ukraine and the potential responses to it. Understanding Turkey’s equities in the situation, therefore, can shed light on what choices it may make that could, in turn, affect the world.  Turkey’s roles as a NATO ally, the key party to the Montreux Convention, and a major trading partner with both Ukraine and Russia have all garnered international attention since the 24th of February. Turkey’s roles as the world’s leading exporter of wheat flour and second largest exporter of pasta, however, have not.  Nor has the reality that by the end of June, Turkey will run out of the grain it has stored to maintain that output, and without any clear return to market from the Russian and Ukrainian supply chains, Turkey may not be able to fulfill the orders of its own trading partners.  Those partners – many of which rely on Turkey for staple food supplies – are largely fragile and less popular states outside the direct supply chains of Ukrainian and Russian grain routes.  They include Iraq, Iran, Venezuela, and Somalia. Given their central role in global security concerns, a looming food security crisis (or the exacerbation of an existing one) could compound the challenges facing the world in the coming months.

Russia’s invasion of Ukraine is already having a tangible impact on global food supply chains, as the most vulnerable of states reliant on Russian and Ukrainian grain production are feeling the effects of its being offline. But Turkey’s position is fundamentally different from those of countries that rely directly on the warring states for food supplies.

The sealing off of Ukraine, and the fusillade of sanctions against Russian industries, may combine with the Turkish lira’s decline to inflict grave damage on Turkey’s already shaky economy. As of publication, the lira stands at just over 14 to the dollar – not the low of 16.67 it saw in December of last year, but still disastrous for ordinary Turks.  It is also painful for Turkish grain importers, many of whom had already backed off from imports before the Russian invasion. Turkey’s reliance on Russian and Ukrainian wheat imports (officially around $1.8 billion and $471 million, respectively, in 2021) has left it bereft of crucial inputs for its own major exports of wheat flour and dried pasta. For context – Turkey holds more than 20% of the global share of the export market in wheat flour, with Kazakhstan a distant second place at only 9%.  On top of that, Turkey’s corn imports – which, among other things, feed its livestock industry – tilted sharply toward Ukraine in the months preceding the invasion: though totaling just under $219 million for all of 2021, corn imports from Ukraine exceeded $185 million from November 2021 through January 2022 alone.

The price of wheat, along with other grains, has skyrocketed since the invasion of Ukraine, hitting record highs in just a week. With a third of the global supply offline, those prices are likely to increase further.  Similar price spikes in fuel and shipping are also making it difficult to reroute supply chains from other producers in a cost-effective manner.  The weak lira only compounds this problem, and may make it prohibitive for Turkey to maintain its place in the global market. Beyond grain, Turkey is also the fourth largest exporter of citrus in the world, and Russia and Ukraine combine for more than 42% of those exports. This is yet another concern amid the crisis. While the spike in oil prices may help Turkey’s petroleum industry buffer some of those losses, an economic crash is not out of the question.

While Turkey may be facing enormous challenges, some of its trading partners may find themselves in even more precarious positions. Nowhere is this more potentially problematic than Venezuela. Since 2016, thanks to the infrastructure largely built by Alex Saab – the Maduro fixer recently extradited from Cabo Verde to face prosecution in the United States – Turkey has supplied at times nearly 70 percent of the contents of the CLAP (Local Committees for Supply and Production) boxes distributed by the government of Nicolás Maduro to alleviate food insecurity among Venezuelans. According to official data, of the $723 million worth of pasta Turkey exported in 2021, over $120 million went to Venezuela – nearly double the total in 2019. Exports to Venezuela of wheat flour and sunflower oil amounted to about $47 million, and $6 million, respectively. Notwithstanding the dispatch to Caracas of a United States delegation to explore a possible rapprochement, it remains to be seen where Venezuela will turn to keep the staples coming in.

Other partners are also badly exposed. Turkey is nearly the exclusive supplier of wheat flour to Iraq, to the tune of nearly $500 million in 2021 alone. Turkish flour is also a key staple in Syria, Yemen, Somalia, Cuba, and Myanmar. And this sort of risk extends beyond grain: for example, Turkey is by far the leading supplier to Iran of raw iron bars – but Turkey gets most of its iron from Russia.

Turkey’s decision-making ultimately rests on the political and diplomatic calculations of  President Erdogan. So far, those remain unclear, despite Turkey’s supplying significant aid to the Ukrainian government. Even aside from trade, Erdogan has had a famously complex relationship with the Kremlin, informed by the two countries’ long history of gamesmanship in the Caucasus and Central Asia and by Erdogan’s evident distaste for some of Turkey’s NATO allies. But by invading Ukraine, Russia has dealt Turkey’s economy a potentially devastating blow at a moment when Erdogan himself is increasingly politically vulnerable.

The Turkish president faces declining popularity in key areas, as the lira continues a protracted fall exacerbated by his unorthodox monetary policies and more and more Turkish citizens slide into economic insecurity. This is likely to inspire Turkey to hedge as much as possible on the outcome in Ukraine.  In other words, Turkey is likely to bet on both horses in the race.  That said, for optics, depending on the circumstances, Ankara may try to appear more decisive than it really is.

Take, for example, Turkey’s delay in declaring that the situation was indeed a “war.” While hostilities began on the 24th, and while Turkey condemned the invasion as “unacceptable,” it did not want to recognize the situation as an international armed conflict, and did not do so until the 27th. This was on account of the Montreux Convention.  The 1936 Convention regulates the passage into the Black Sea and involves four different circumstances, one of which is war involving one or more of the Black Sea states when Turkey is not a belligerent party. Ukraine specifically requested Turkey to invoke the provisions of the Convention relevant to that circumstance, but even after Turkey eventually did so, the details of its implementation left tremendous room for Russia.  Headlines indicated that Turkey had closed the straits to warships, but a closer reading revealed that it had actually exempted warships that were returning to their home ports.  This means that Russian warships normally home ported elsewhere in Russia that are currently in the Black Sea can leave, and warships home ported in the Black Sea but currently deployed elsewhere may enter.  Even as Ukraine and Western leaders praised Turkey for implementing the Convention, this somewhat confusing exemption also led to thanks from Russian officials.

Beyond Turkey, the tangible impact of a decline in Turkish food exports will likely also inspire initial indecisiveness on the part of some of its trading partners.  But with others, like Venezuela, it may be cause for actually choosing a side.  Iran and some other states are likely to feel their chances remain better with Russia. And economic relief may seem plausible in light of Russia’s new economic ties to China following the 4 February 2022 trade pact between the two major powers.

A Turkish economic collapse catalyzed by the Russian invasion of Ukraine may itself be a catalyst in further fracturing the world’s economy.  While there is already a distinction made between the legitimate economy and the illicit economy – both of which are tied to the national economies of states like Russia and Venezuela – a third economic segment may increase massively in scale.  Given the push toward isolating Russia’s economy, those that back it may find themselves in a parallel sanctioned ecosystem where the likes of Russia, Iran, Venezuela, North Korea, and other states support each other’s economic sovereignty and mutual survival with the assistance of countries like China that are willing to dip in and out.  As has already been demonstrated in the Halkbank case, where Turkish actors with links to the government elaborately circumvented sanctions on Iran – to say nothing of the aforementioned relationship with Venezuela – Turkey is not above operating in this space. The continued importation of Russian oil to China with payment via cash and other unregulated mechanisms, as well as the maritime shell games by which Venezuelan oil reaches Asian buyers, may offer a glimpse into such a tertiary global economy.  Cryptocurrencies, innovative payment systems, and commodity-based value transfers through gold, oil, and other goods can undergird such a dynamic.

Regardless of how things play out, Turkey deserves more attention, and potentially some offers of support to help stabilize what is likely to be a turbulent few months. The knock-on consequences of not shoring up at least some of the Turkish capacity to maintain orders of key comestible products will lead not only to a food security crisis, but also to a potential division in global affairs that will upend world trade as it has functioned since the end of the Second World War. At a time when the world’s most historically neutral states – like Switzerland and Sweden – have found cause to break that traditional neutrality, it is notable that Turkey, a member of the world’s largest military alliance, has seen fit to go against the grain and attempt a balancing act between Russia and the West. Turkey needs to be brought back from the brink.